Stuck in the real world

Just when I get off to a good start, I get stuck with another one of those darn paying gigs. Gotta take a little break from WizTrigger 2.0 to write some email searching application. Fun stuff.

I'll keep you posted, shouldn't take long to finish this bad boy up.
Posted by Knarf180 at 5:43 PM No comments: 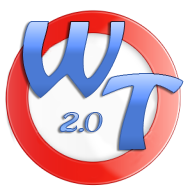